It is officially Genocide Awareness Month. Students will be able to educate themselves about genocide on several days in the month of April. All of the following events are free of charge and open to Kean students as well as those who do not attend.

Hunting For Easter Eggs, It's Not Just For Kids

Liberty Hall Museum has taken the time-honored, traditionally kid-intended, spring activity of Easter egg hunting and reshaped it for an older crowd. Come participate in Liberty Hall Museum’s premiere of its first Adult Easter Egg Hunt on Friday, April 14, 2017 from 6 p.m. to 7:30 p.m.

Open the curtains. Cue the spotlight. Kean Musical Movements (KMM) will take the stage once again for its second annual showcase on Thursday, April 13, 2017.

Pass the popcorn! On Saturday, May 18, 2017, Kean Stage presents its International Film Series: English Vinglish. It will take place in the second floor auditorium of the Science, Technology and Mathematics (STEM) Building at 3 p.m.

The Power Of Dance Comes This Season

Kean University has announced the speakers for graduate and undergraduate commencement.

Learn More About World War I

From Friday, April 7, 2017, through Saturday, November 10, 2018 Liberty Hall Museum will be hosting an exhibit titled Brothers in Arms: Memories of The Great War, to commemorate the 100 year anniversary of the United States entering the first World War.

The Student Organization (full-time undergraduate student government) of Kean University will be holding its annual election for executive board positions in the beginning of April.

It is that time of year again for elections of the Graduate and Part-Time Student Council (GPSC) Executive Board.

It Is Job Hunting Season

Sometimes looking for a job is difficult, especially if one has no idea where to start.

A Talented Choir Of Success

Most people look forward to the opportunity to explore the campus life and join various clubs. For those who have an interest in singing, the Kean University Gospel Choir is a group full of passion and success.

China In The World

There has always been more behind the "Made in China" tag on the back of t-shirts, hoodies, pants, etc.

A lot of stress and importance is placed on which college to attend, with many factors to consider. A student decides on a college and attends for about four years. But what happens next?

Kean University's Zella Frye Theatre at Vaughn-Eames Hall is hosting a new and innovative workshop called An Alternate Approach: An Experience in Perspective from Friday, March 31, 2017 to Saturday, April 8, 2017.

Some of Kean University's spring sports teams escaped the cold Jersey weather this spring break and traveled to warmer states to take on different competition. 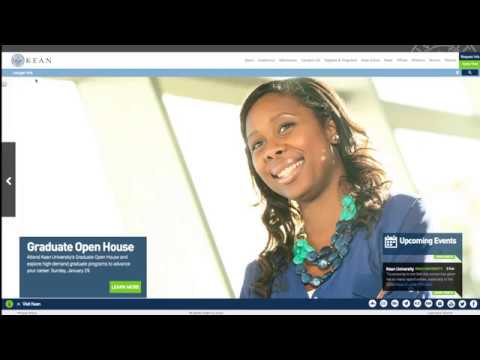 Ever want to get involved on campus and not know how? What about creating events with your organization? Look no further, here we have an interactive tutorial that shows how to navigate Cougar Link.