With the fall sport season winding down, each team's seniors are honored

With the winter weather coming in quickly, fall sports have been winding down. With the end of each team's season comes the celebration of its seniors, where each team hosts a designated home game to honor these players.

Head field hockey coach, Leslie Lafronz, shared her take on how seniors play an essential role to a sports team.

"Seniors are the glue between the coaches and the players," Lafronz said. "They have endured all of the challenges of being a collegiate athlete, have made many sacrifices and have mastered their craft. They lead by example, on and off the field."

This year, the women's tennis team did not have any seniors, so there was no senior night of recognition hosted.

"This year's senior class has shown tremendous leadership in a variety of ways, most importantly in being able to bring the team together and keep everyone on the same page," Doherty said.

"Each senior sets the example by putting the team first before themselves, and that has had a strong impact on the entire season," Doherty added. "They will be missed greatly!"

Moving from the field into the gym, the women's volleyball team celebrated its senior defensive specialist Alexis Whitney on Saturday, October 15, 2016, at 11 a.m. with a three set sweep over the College of Notre Dame.

Head coach Don Perkins has known Whitney long before she made her collegiate volleyball debut at Kean University.

"Alexis Whitney is a kid who we've known since her freshman year in high school and she has made this program better ever since," Perkins said. "Sometimes you turn to stats as a way to sum up a player's contribution to the team, but you can't do that here. Alexis' stats are average but she certainly isn't."

Perkins continued to describe Whitney as the type of person that makes everyone around her better. Whitney is a tireless worker, motivational teammate, interactive and approachable player for recruits, a great camp coach and an all-time great teammate.

"We need more Lex Whitney's in the world, and while I know we will all be sad to see her go, it's exciting that she's going to graduate and brighten the lives of a lot more people out there," Perkins said.

A week later, the women's field hockey team celebrated its only senior, midfielder Jordan Colna on Saturday, October 22, 2016, against The College of New Jersey (TCNJ). The final score was 3-2, losing to TCNJ in overtime.

Lafronz reflected on the positive impact that Colna has had on the team this season.

"Jordan Colna has been an exceptional leader for our field hockey team," Lafronz said. "She is a role model and mentor for her teammates. She is an exceptional student, a captain, a play maker and one of the nicest, most thoughtful individuals you will ever meet. When I think of Jordan, my sole captain, I remember all of the extra time she put in to be the best. Seniors represent the pinnacle of our programs."

Also on Saturday, October 22, 2016, the men's soccer team celebrated its 11 seniors with a competition against TCNJ. The Cougars lost to the Lions 3-2.

On the offensive side are midfielders Robert Barerra, Andrew Lopes, Kazari Trought and Pablo Valle. Also on the offensive are forwards Sev Kherlopian, Kenny Rocha and Jelani Williams.

On Saturday, November 12, 2016, the football team celebrated its senior players with a 20-10 win over Montclair State University.

Now that most teams have completed its seasons, many of these seniors have finished out their time being a collegiate athlete. The next time they step on the field or the court, they will be an alumni of their individual programs, but will still carry with them the pride and integrity of being a Kean University athlete. 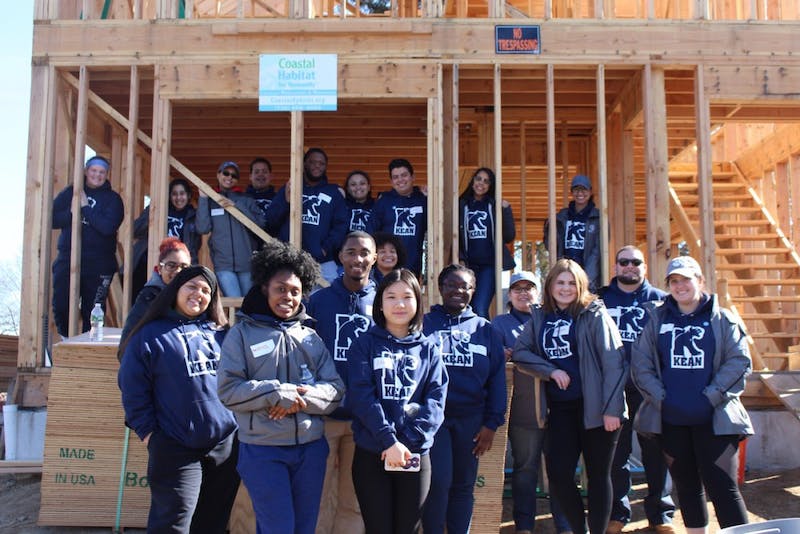