The Stars Come Together Tonight

Alumni light up the networking circle for students

On Thursday, November 3, 2016, located at the Science, Technology and Mathematics (STEM) Building starting at 6 p.m., the Kean University Alumni Association hosted the event Alumni and Student Networking "Night of Stars."

Whether the person attending was an undergraduate student or an alumni, they had to go through registration. After that, each person was moved to a table corresponding to a major. The room was full of tables, and at each table, there would be a group of alumni who would have a conversation with the undergraduates.

Sharon Thompson, class of 1994 education major, was one of the alumna attendees at the event.

"This is the first time Kean is doing a big event like this. Usually they circulate around one major so seeing how this was put together is a lot different," Thompson said.

Stella Maher, Director of Alumni Relations, welcomed the guests who attended the night's event. She opened the floor to Maria Varga-Pion, class of 2010, who is currently a news reporter for Univision.

Varga-Pion spoke about how Kean University gave her the connections she needed to bring her to where she is now. As a person who used to work on campus, she thanked Kean University for giving her the support to build up her connections with faculty, staff and peers.

Shahriar Choudhurry, class of 2008, technical talent acquisition within human resources and now part of financial services company Morgan Stanley, was the second guest speaker for the night. He talked about how human resources on campus helped him strive for the best. Choudhurry told each one of the attendees to work on a flaw of theirs each day, because there is always room for improvement.

"Write it down, 'I will disrupt my bad habits starting tomorrow,'" Choudhurry said.

After the two speakers, the undergraduates had the chance to rotate table to table, expanding their networks and resources. Each round lasted for about ten minutes, but students had the oppurtunity to get contact information from people of different academic backgrounds.

Some students ended up at a table that had no relation to their major, but it did not stop them from expanding their networks. Students who were education majors could have ended up at the finance table, but instead of making things awkward, students were able to learn about and respect other academic fields that were out there. It opened the possibility to take up a minor or maybe double major.

During the event, those who attended were provided food, like sandwiches, cheese, crackers and fruits, along with refreshments that they could help themselves to.

Plenty of the alumni recommend going to the Center for Academic Success to get insight of the direction they should take within their acadmic field.

The overall event was great for making connections, getting information for who to speak to, and where to go to get more insight within their major. Everyone had the chance to learn and broaden their horizon, as well as make new connections with the alumni of Kean University. 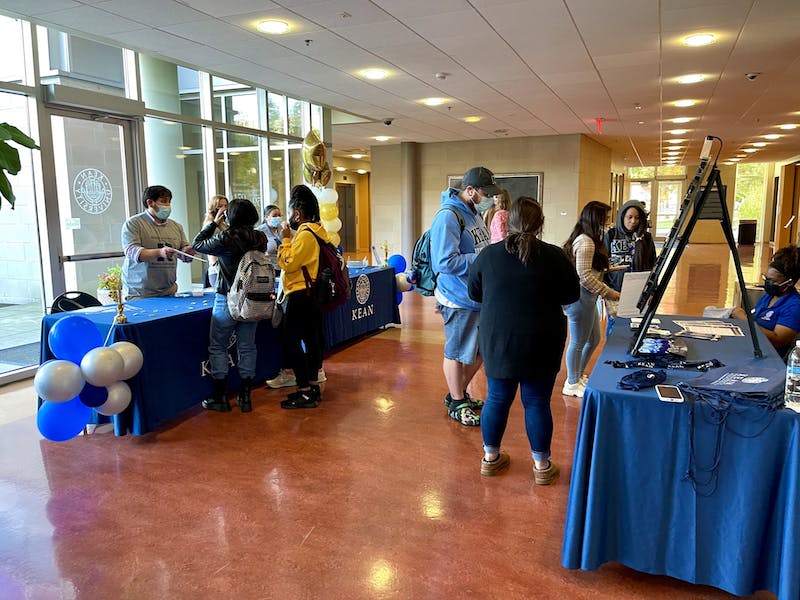