Every year, the Greek Senate hosts the annual Greek Senate banquet for all the fraternities and sororities to attend. It is here that the Greek organizations are recognized for their achievements in areas such as academics, community service, involvement and much more. This year, it was held April 25 from 5 to 9 p.m. at Galloping Hill Caterers.

The event began with Alex Louis, the Greek Affairs Adviser, addressing the crowd of Greeks and thanking them for all of the hard work and dedication they have shown throughout the past year.

Louis then introduced the crowd to Vice President of Student Affairs Janice Murray-Laury.

Next on the mic was Scott Snowden, the director of the Center for Leadership and Service (CLS), which houses the Greek Senate. He spoke on the involvement of Greeks in not only the Kean community, but the overall community as a whole.

“The majority of our Greeks are beyond the average Kean University student when it comes to GPA. No matter what it is—whether it be community service [or] academic performance—Greeks do it better," Snowden said. "When it comes to Greeks, it’s easy. It’s easy for people to say ‘yes’ because we know that you produce and we know that you show it. We know that the results are evident.”

Alissa DiScala, the director of Alumni Engagement and Annual Giving for the Kean University Foundation, followed Snowden. She addressed the seniors in the room as they count down their final days at Kean, and encouraged them to come back as alumni, especially being a part of an organization.

After the welcoming session, the guests made their way to the buffet to enjoy the catered food as President of Union County College Dr. Margaret McMenamin addressed the Greeks.

Her speech centered around the ideals of dreams and choices and how one can be successful and achieve their dreams. Her overarching advice was to not let others define one's abilities and success, to never let anyone determine what you can achieve and the importance of surrounding oneself with a positive environment.

Student Nadya Diaz then performed a song for the audience, "If I Ain't Got You" by Alicia Keys, which blew the crowd away. The Greek Senate then transitioned into the awards and recognition portion of the evening, beginning with the Vice President of Student Affairs Academic Excellence Award, which was given to all the Greeks that received over a 3.0 GPA. The award was given to 174 students, which is the highest amount that the Senate has ever awarded.

The next award was the Vice President for Student Affairs Outstanding Contribution to Student Life Award, which was given to Lambda Theta Alpha for their work with Aspire High Youth.

Moving on, the awards ceremony lead into the Kean Dance Marathon Recognition, which is an annual dance marathon hosted by the Greek Senate which benefits the Children's Specialized Hospital. The Greek Senate has broken their record for six years consecutively in their fundraising efforts. Kayla Pagnani from the hospital came to thank the Greeks for raising over $54,000 this year for the kids. She especially thanked the dance marathon committee which included Gabriela Lapointe, Victor Benlice, Roshorn Shivers Jr., Emely Hernandez, Oreoluwa Awoleya, Jonathan Ibarra, Lucas Lopez, Nathanael Jenkins, Briana Ortiz, Sofia Rodrigues, Ashley Buchanan, Alex Louis and Scott Snowden.

The awards shifted from academics to service with the recognition with the most community service hours. The honorable mentions for sororities were Brianna VanNess and Evrim Akman from Sigma Beta Chi, Tiffany Anele from Delta Phi Epsilon, Christina Truncale and Adelina Iscoa from Omega Sigma Psi, Johanna Romano from Mu Sigma Upsilon, Miranda McNab from Theta Phi Alpha and Roshorn Shivers from Lambda Delta Chi with the winner being Shannan McCarthy from Delta Phi Epsilon.

Wrapping up the service awards was the Greek Affairs Outstanding Community Service Project which was presented to Lambda Theta Phi for planning the event, 'Together Like Peanut Butter and Jelly,' where they made and gifted sandwiches to the homeless.

The awards transitioned to recognize the members of the Greek organizations. Ashley Buchanan, the graduate assistant for Greek Affairs recognized all of the Greek advisers at the banquet, who oversee the various letter organizations at Kean. These efforts would not be possible without their guidance and help. Then, she named Faculty Advisor of the Year, which was given to Joann Pobuta, who oversees Sigma Theta Chi.

The award for Outstanding New Member was given out next. The winner was Marialis Vasquez Pena from Lambda Theta Alpha. Following was the awards for Sorority Sister/Fraternity Brother of the year, which was awarded to Sade Govan-Smith from Sigma Gamma Rho and Jonathan Ibarra from Lambda Theta Phi.

The anticipation built as Buchanan announced the Five Star winners for the 2018-2019 school year. This is a rating system used for the Greek organizations that grades the fraternities and sororities on aspects such as service, academics, programming and other topics of that nature, and is based on a zero to five scale, with five being the highest. For fraternities, Sigma Theta Chi came in third place with Iota Phi Theta taking runner up and Lambda Theta Phi taking first place. Omega Sigma Psi took third place for sororities, with Sigma Beta Chi and Theta Phi Alpha tied for second, and Lambda Theta Alpha coming in first place.

Another anticipated moment for the banquet was the announcement of the 2019 Greek Olympics winners. For sororities, Omega Sigma Psi came in third with Delta Phi Epsilon taking second and Theta Phi Alpha being the overall winner. For fraternities, third place was given to Sigma Theta Chi, with Sigma Beta Tau coming in second place and Nu Sigma Phi being the overall champion.

All in all, the 2019 Greek awards banquet was a successful way of recognizing the Greek letter organizations and the impact that its members have on the Kean community. To learn more about Greek life, be sure to visit the Greek Senate Cougar Link page. 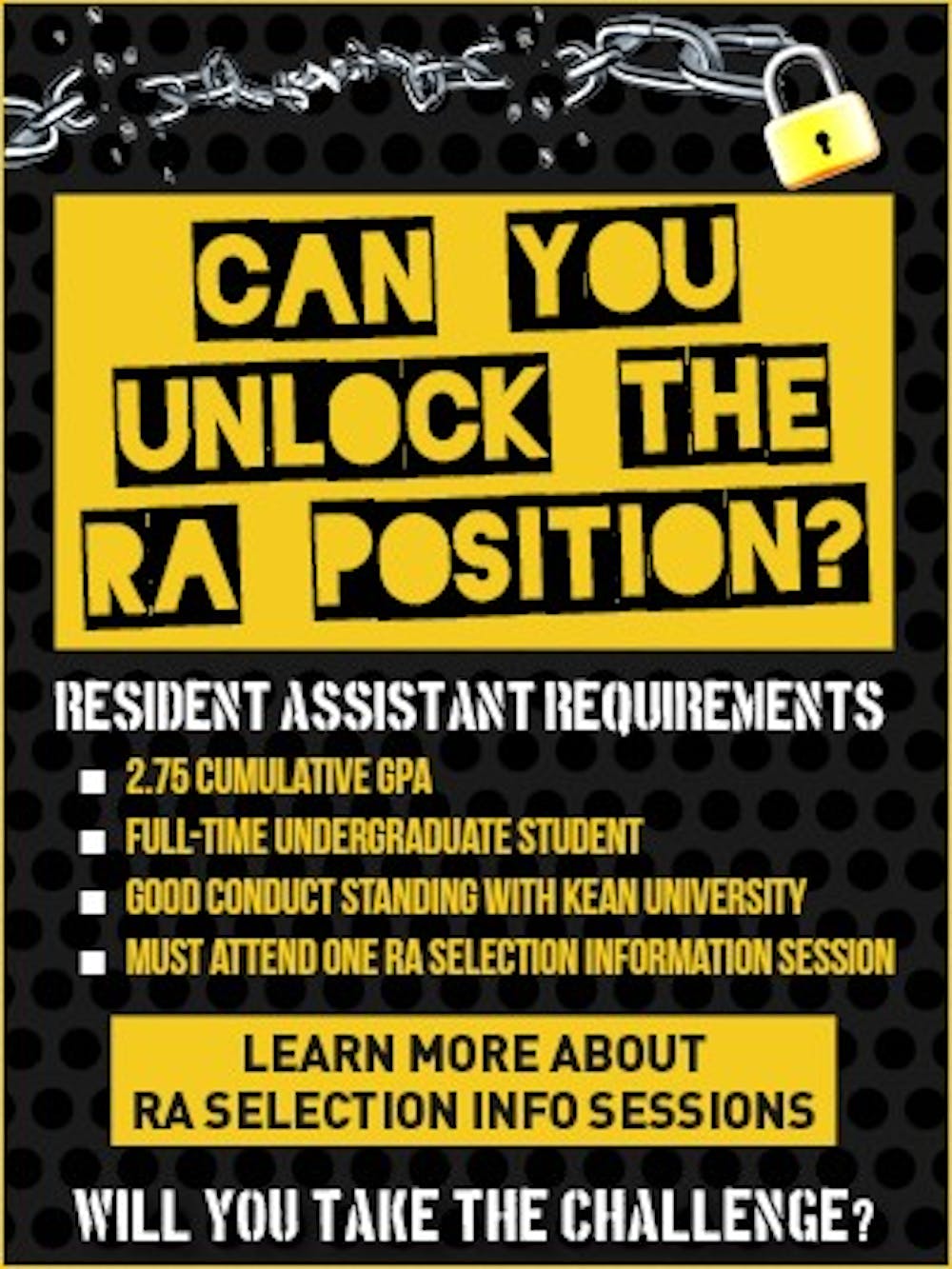 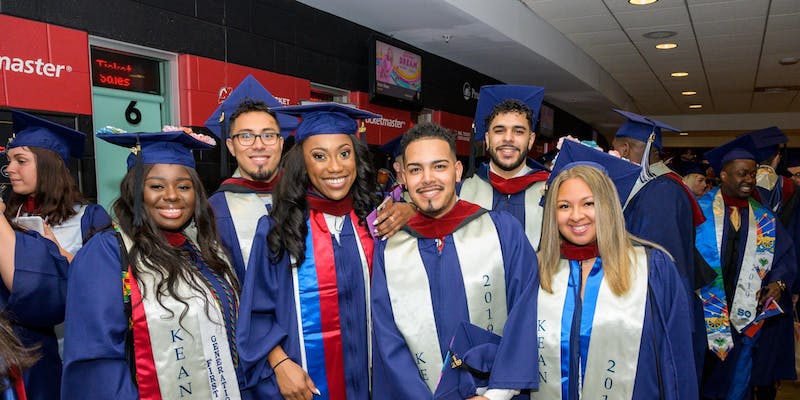 Deadlines and Details for Graduation 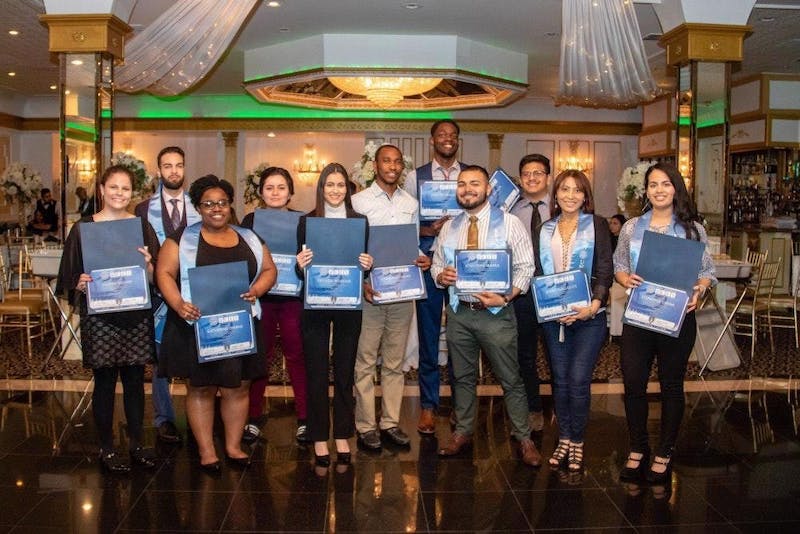 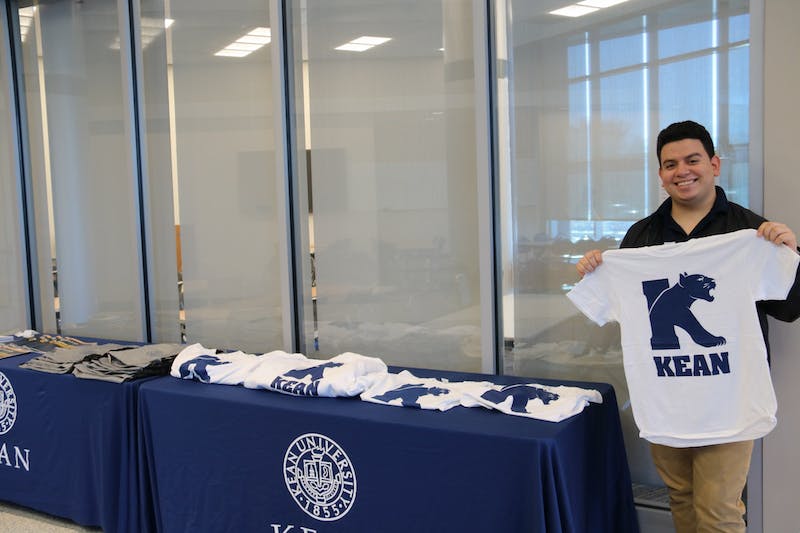