Anna in the Tropics

Campus Life > Anna in the Tropics

The Kean Theatre Conservatory presented "Anna in the Tropics" from Feb. 21 to Feb. 29

From Friday, Feb. 21 to Saturday, Feb. 29, the bright and talented Kean Theatre Conservatory unveiled their iteration of "Anna in the Tropics" at Kean University's Wilkins Theatre.

An ambitious period piece, rich with literature and characterization, the play offered the audience introspection and cultural study, as well as entertainment. It was a thoughtful, versatile drama that made its audience think twice about personal growth, romance, social constriction and the value of competing sorts of wealth.

"Anna in the Tropics" is a self-aware adaptation of Leo Tolstoy's "Anna Karenina," the drama of which drives the drama of the play. Each was brought to life by an inspired cast and crew - the players, ceaselessly honed to character, joined by live musical accompaniment on strings, a detailed set that honored the period and a script full of worthy questions and challenging honesty.

The lector, Juan Julian, arrives to entertain the employees of a Tampa-based cigar rolling factory by reading novels (a centuries-old practice which, by the story's onset in 1930, has already begun to be threatened by the mechanization of such factories). As he introduces the families who own and operate the factory to "Anna Karenina," a series of romantic and socioeconomic challenges arise.

"Anna in the Tropics" introduces the romantic complications of Tolstoy's epic within the frame of early-twentieth century industrial labor drama. The romance is always timely - and, since it debuted in 2002, concerns about job security amidst a new industrial revolution have returned again, as well as the inherited challenges of a new century by new generations. It was as if every dramatic prospect of the play was issued for 2020.

Two of the production's stars described their unique experiences.

Chris Centinaro, who played Juan Julian, explained, "Juan Julian is a very interesting character...As it was the workers themselves who paid the lectors, there is an innate need for them to like him, otherwise his pay could be in jeopardy. In every way, he really had to sing for his supper."

This interplay of classes is easily overcome by the empathy in a shared love of literature as the drama moves forward.

Brianna Martinez, who played Marela, noted that her character is "an interesting balance of dreamy and philosophically aware," and that, "She's one of those characters that glow from just reading the script. They say that everything you need to know about a character comes from what others say about [them]. Juan Julian describes her, '...as clear and fresh as water,' and anyone can see that when they listen to her dialogue."

"The complexity of her character truly stems from her relationships with others," Martinez continued. She was tasked with playing "the innocence of a young woman whose life is her family and her imagination. Posing as Anna Karenina gives her a chance to truly feel like a woman...Unfortunately, the moment she 'grows up,' she learns...that being a woman can and will sadly have its downside, too. Her arc is so strong because of this loss of innocence."

This is reflective of Tolstoy's narrative, but somehow even more pertinent today.

Of the connection between novel and stage, Centinaro said, "The relationship between literature and performance is tightly woven...Nilo Cruz's writing is very poetic, but demands to be read honestly and not poetically. The actor has to connect to the author's words honestly, so that the story gets delivered to the audience as clearly as possible...What happens within 'Anna Karenina' is happening to the characters in the factory."

The players' experience with the cast and the audience says an awful lot about the play's production and reception. It was personal, vital work.

"As everyone acting in the play was Latino in some respect, we really felt that we were doing something sacred," Centinaro said.

The audience was captivated from start to finish.

Martinez said, "Being a good listener is a powerful skill...Every rehearsal, I'd hear something for the 'first time' after hearing it a hundred times."

"It is ultimately not about what you yourself would do," Martinez explained, "It is all about the characters in the context of the story. What strong choices can you make to help realize the story to its fullest potential? Even if the audience doesn't necessarily see these choices, they add depth and keep the actor personally invested."

"We hand the show over to [the audience] and it becomes theirs," Centinaro said. "There are new discoveries in what the story may mean to them...As the run goes on, I feel I am more in-tune with them, and there is a real give and take of energy."

Their energy was palpable. It was hard not to notice the connections between the stage and the crowd, as moving and thoughtful as the themes and arcs at stake were.

Ticketing and more information about Kean Theatre Conservatory's productions can be found online, by phone at 908-737-7469 or by email at keanstage@kean.edu. 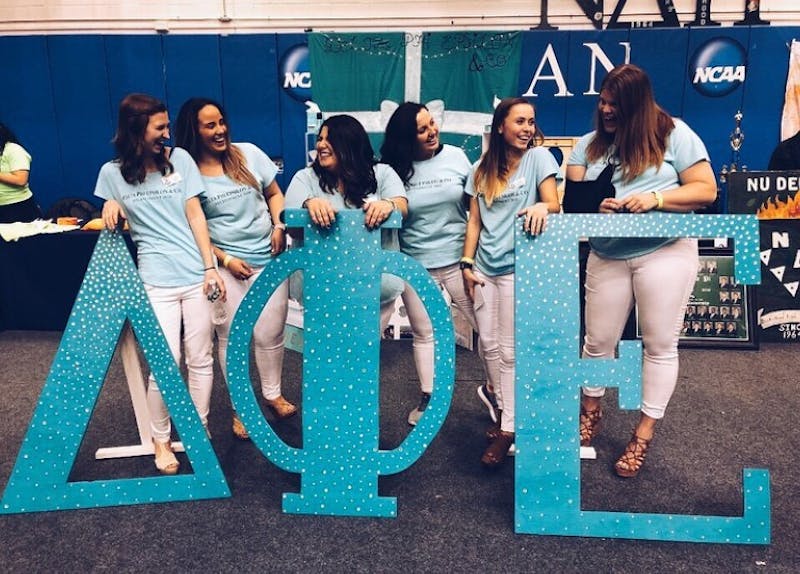