Loehning is a graduate from the Kean University class of 1970. He is also a retired Executive Vice President at Fidelity Investments. His $250,000 donation fully supports the conference center.

“I am proud to lend my name to this symbol of Kean University’s transformation as the University moves forward with initiatives to prepare Kean [University] students for careers in the global economy,” Loehning said.

The conference center is a 22-foot center, made of oak with a cherry veneer and cylindrical mosaic steel decoration and has been installed on the sixth floor of GLAB. Through the conference center, student leaders in Union County can have regularly scheduled meetings with student leaders at Kean Ocean and the Wenzhou Kean University campus in China.

With unique technological advancements, the conference table itself, features a recording interface with multi-channel audio ports. The unit also houses one microphone for each of the 23 seats, five power outlet panels, a power manager unit and a separate equipment cabinet. This cabinet houses a feedback suppressor, equalizer and amplifier, four Bose speakers and two wireless microphones.

The installment of the conference center has been a strategic investment, with Kean University student groups as its beneficiaries. To date, rentals for the space have generated more than $22,000 in revenue for the University.

“President Farahi envisioned a unique space that is truly world class in terms of function, style and technology. I hope my gift and the spectacular conference center itself attract more philanthropic investments in the University,” said Loehning.

Loehning graduated with a bachelor’s degree in history education from Kean University and subsequently received both his Chartered Life Underwriter and Chartered Financial Consultant designations from The American College in Bryn Mawr, Pennsylvania.

Loehning continues to soar outside Kean University. He was inducted into the Insurance Retirement Institute Hall of Fame. He is chairman of the advisory board of the Make-A-Wish Foundation of Massachusetts and Rhode Island. Loehning was also named father of the year by the American Diabetes Association and the Boston Father’s Day council in 2013.

An official dedication of the conference center will take place in the upcoming spring semester. 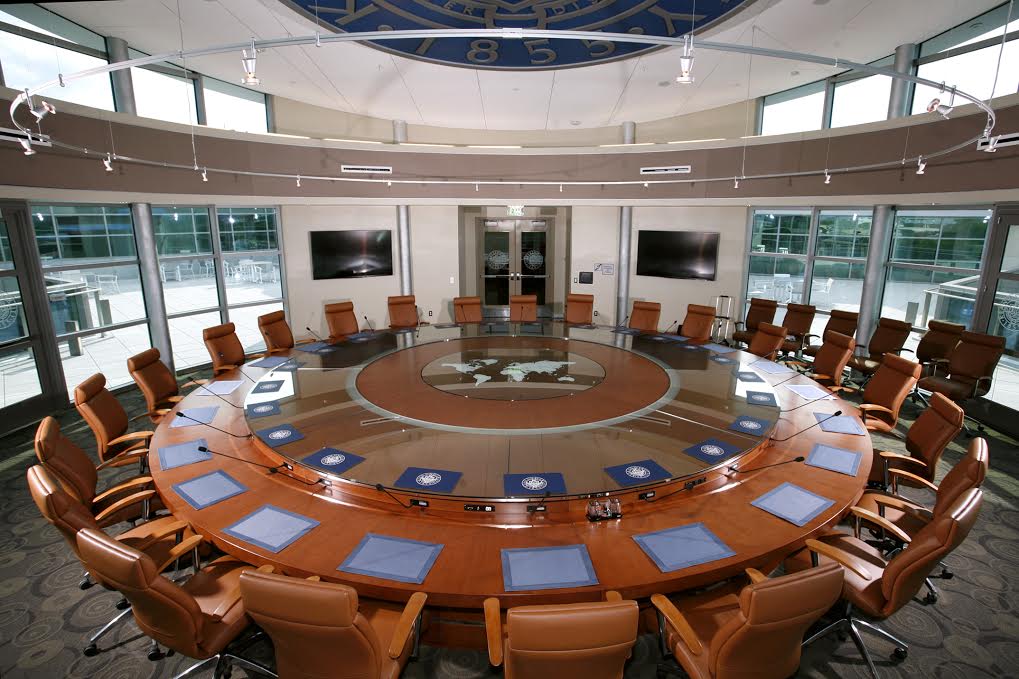