A student symposium celebrating the environment and sustainability took place on the evening of Wednesday, April 26 on the sixth floor of the North Avenue Academic Building, titled Uniting Jersey for Global Goals.

Hosted by Kean University’s Earth Science Club, the symposium was part of the Earth Science Club’s celebration of Earth Week and in collaboration with the New Jersey Higher Education Partnership (NJHEPS), a public gathering and lecture informed an audience composed of Kean students, faculty and a variety of other individuals from throughout the New Jersey educational landscape about the United Nation’s (UN) 17 SDG’s, or Sustainability Development Goals, that all focus on improving the lives of each and every human being on planet earth and the environmental improvement for Mother Earth herself.

From 6 to 9 p.m., attendees sat at 17 tables corresponding with what group they were assigned to when registering for the meeting. At around 6:30 p.m., once the tables started to fill, the recession began as all of the attendees made two lengthy lines stretching outside of the symposium’s room. Networking, general conversations and greets were exchanged during this period.

Daniela Shebitz, a Kean professor in the School of Environmental and Sustainability Sciences, opened the symposium with a formal greeting and introduction, welcoming everyone who walked in to the event.

She went on to explain how the night would go, saying that after the 150 attendees finished their meals, there would be a 45-minute period for them to discuss their strategies for colleges and universities in New Jersey to incorporate specific goals that they focused on. Each table had a lead convener who was a staff and faculty member from the 15 colleges and universities present at the event. Also, a student convener from Kean would also facilitate the conversation and document their brainstorming notes on a large drawing board.

After explaining the instructions, Shebitz introduced NJHEPS President Ashwani Vasishth to the podium to speak about how each table’s efforts are helping to achieve the environmental goals of New Jersey by creating and setting goals. He introduced the keynote speaker for the night, Claudia LaRue, a representative from the United Nations, who also thanked all of the attendees for their participation as the inquisitive minds in each of the 17 tables began to process their ideas for a brighter future.

“It took [The United Nations] three years to negotiate the 2030 agenda for sustainable development. Three years. That was not our job to implement," said LaRue to the onlooking environmental thinkers. "That is what you are all here for — the implementation. I am so happy that we are finally putting action to words. They may look beautiful on a piece of paper, but if nobody is going to do anything about it, it just stays as a very nice document."

LaRue continued in her speech about the 2030 agenda that saw the creation of the 17 sustainability development goals created in the year 2015, saying that, before the 17 goals were created, there were about eight millennium development goals created by the U.N. Through governmental assistance, momentum was built for these goals, which ranged from halting poverty to stopping the spread of the HIV virus. These goals were supposed to be globally met in 2015, but were not.

"Much progress was made on these MDG's, for example, when it came to the universal coverage in education in almost all countries, we managed to accomplish that. But, when it came to water and sanitation, we did not do a very good job. When it came to poverty eradication, we still have a problem."

As a response to the unfinished business, the United Nations decided to launch the SDG's. These goals included the ending of poverty and hunger, good health and well-being, and other, more systemic goals like the achievement of reduced inequality in the world.

"The 17 goals were all ratified by all 193 members of the United Nations in September of 2015. 17 goals, 169 targets and 231 indicators. We are supposed to, by 2030, eliminate poverty, combat climate change, fight injustices and inequality."

Through learning about the intention and creation of these 17 goals, LaRue then concluded her speech, and each member from the tables, all assigned to one particular SDG, got right to work. Brainstorming, chatter and conversation about the world's issues, their causes, solutions and how each and every person involved in making a change can help spread change in the world they live in. During the 45-minute brainstorming period, student and faculty conveners worked with their table mated about issues, such as gender inequality, racial inequality, and economic growth beneficial for everyone.

The goals and the solutions from each of the 17 tables are listed as followed below.

After all groups debated, discussed and deliberated over their ideas, a representative from each group stood up and spoke their minds to the public about the solutions their group came up with. Kris Conlan, a transfer student at Kean and environmental science major, was the speaker for the Affordable Energy group. Conlan felt that the simple discussion alone provides an atmosphere for decision making that makes it all that much easier when making the world a better place for everyone.

"Honestly, tonight was a major stepping stone for a lot of these students to get more involved and more engaged, but I think that the other thing too is that it opens up the possibilities for bigger things to happen," Conlan said. "When I was speaking, I was talking about having college-oriented groups come together to talk about sustainability issues. I feel like this kind of platform could be the easiest way to get somewhere."

And get somewhere these 17 groups did. All as a means of celebrating Earth Week at Kean, the Earth Science Club put on yet another memorable evening full of learning, growth and education about an efficient, more environmentally and equally friendly world for the present and future.

Also, for more information on the 17 SDG's, visit the United Nations' website. 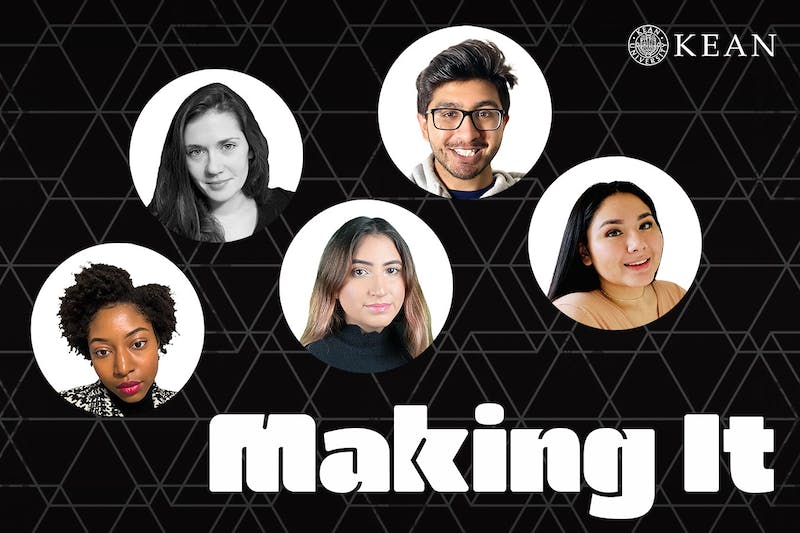