What is the Kean Ocean Mentoring Program?

On the sixth floor of the North Avenue Academic Building at Kean University, over 70 students were honored at the Who's Who Among Students in Colleges and Universities event on the evening of Monday, April 24, 2017.

Holi is a Hindu spring festival that is celebrated in India and Nepal and typically falls every March. The Asian Studies program of Kean University hosted its annual Holi festival on Tuesday, April 18, 2017 at the basketball courts during college hour, 3:30 p.m. to 4:30 p.m.

Hours Upon Hours Of Service

Elegant piano music spilled from the banquet room into the hallways of the Kean Hall Building on Tuesday, May 2, 2017. The 5th annual Community Service Award Breakfast, hosted by the Center for Leadership and Service (CLS) was about to begin.

On Wednesday, April 26, 2017, members of Greek life gathered at Galloping Hill Caterers for the annual Greek Banquet to celebrate the year's accomplishments and honor standout organizations and students.

On Saturday April 29, 2017, the 31st Annual African Heritage Graduation Ceremony (AHG) was held in Wilkins Theatre. Guests were allowed in the theatre at 3:30 p.m. where the auditorium was adorned with African culture from the clothing to the music.

The Results Are In

Student Organization of Kean University, the full-time undergraduate student government, has concluded its executive board elections with a total of 403 votes, and of those 403 votes, 367 of them went to Damion Wilson for the position of president.

It is about that time of year again! Starting Tuesday, April 4, 2017, students will be able to register for courses, but registering is more than what it seems.

Swept Off The Flor

Kean University's Men's Volleyball team is back at it again with the Skyline Conference Rookie of the Week honors.

Skipping The Beach For Service

During spring break, some students may have gone to the beach to relax and chill with some friends and or family members. But a group of Kean University students, instead of relaxing, were hard at work helping the organization A Future With Hope rebuild homes that were affected by Hurricane Sandy.

Changing His Life While Changing Others

Kean University does a Humans-of-New-York-like series on Instagram where the stories of students and faculty are shared every week. Last semester, Kwame Eni was one of those students who was able to share his story of how he became the person he is today.

Looking to get involved on campus while making money to pay the bills? On campus job opportunities are available for students to apply now.

On Tuesday, February 14, 2017, there was a Kean Sweetheart tribute event honoring Kean University alumna and long-time contributor Maxine Lane, who passed away in May of 2016 at the age of 90.

The Board of Trustees is looking for candidates to fill the position of Alternate Student Trustee. Students interested in the two-year position can start applying now.

This May will mark the culmination of an academic journey for some seniors, but many others will continue the journey in pursuit of an advanced degree from Kean University's Nathan Weiss Graduate College.

Hearts Beating Together As One 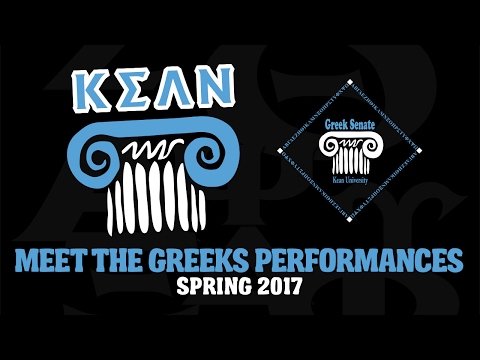 Watch as your favorite Greek Organization step and stroll the night away during the Spring 2017 Meet the Greeks.

Hammer The Break Away

Want to do something different this spring break? The Center for Leadership and Service (CLS) is now accepting applications for the volunteering-based spring break, Alternative Spring Break.

Lower Cost Of Tuition With FAFSA

Going to college is, no doubt, expensive. That is why colleges and universities hand out scholarships to students to help lower the cost.